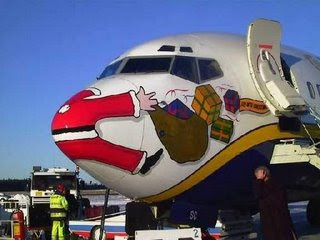 In 2005, I wrote a post called No Santa for us. It was an initial attempt to think through why my wife and I were not going to "do Santa" with our kids. It is, to my knowledge, the most commented on post here at CROSS-eyed.
Now that Karis is about to turn 3, this is very real for us. So, I thought I would re-post (as I did last year), that post.
A few things have changed since I first wrote that post: (1) I have grown since then, by the grace of God, (2) I now know several families who have the same convictions, (3) I now have a second child that I want to be in awe of God as well, (4) I now know how to use spell check, and (5) it has been confirmed that leaving cookies and milk out all night will attract roaches.
The original post:
Over the past two years, my wife and I have done some thinking about Santa. We decided that we are not going to participate in the American tradition of telling our children that a fat man in a red and white suit comes down the chimney and leaves presents. Everyone we know does Santa (in varying degrees and forms). We grew up doing Santa. But now, no Santa for us.
Several factors have contributed in our decision:
1. Santa has the tendency to obscure the true meaning of Christmas. Santa is not evil, just the tendency to idolize him at Christmas time. Alcohol is not evil, just the tendency to overuse it. If you ask most American children to draw a Christmas picture, they will most likely include Santa or reindeer (an obvious sign that these children have been taught that Christmas = Santa).
2. Santa is a lie. No matter how you slice it, you must admit this one fact about Santa: He does not exist. Now, I know that there was once a man from whom Santa originated. But the historical story of a generous man has nothing to do with the jolly good fellow who knows when you are sleeping and knows when you've been bad or good. For all parents who do Santa, there comes a point when you have to admit to your children that you lied about Santa (and the Easter Bunny and the Tooth Fairy). I do not want to have to admit that to my daughter.
3. Santa obscures the character of God. The modern day child must admit that God is not unique in many of His attributes. Who cares that God is omniscient (all-knowing) when Santa is also? Who cares that God is timeless when Santa is also (can be everywhere at the same time)? I'll be honest: I want Karis to be in awe of God. I want her to stand in wonder of His majesty. And I want this to happen as early as possible.
Other Random Factors:
4. It is bad parenting to motivate obedience using anything but God. "You better be good or Santa might not bring you that red truck you want."
5. Our chimney is too small and I hear that reindeer hoofs shorten the life of your shingles.
Posted by pastor justin at 10:42 AM

Great post, Justin! I agree with you all about Santa. I wouldn't do Santa either. I do want all kids and us adult to focus on the true meaning of Christmas that is the birth of Christ.

Great post. I'm not totally anti-Santa, but I see no point in putting up with the tradition that seems to only take away from the true meaning of Christmas. The song "Santa Claus is Coming to Town" totally makes me sick since it gives Santa the God-like qualities of omniscience. When the kids who have been taught about Santa grow up, it seems like they transfer the ideas they have learned about Santa and put them on God: that the gifts he give are merited.

I hope your Christmas with your new little boy will be sweet!

This is the first year this has really been an issue for our family. I guess because Naomi is old enough to hear about Santa- and remember what the TV says about him...but she doesn't understand the difference btwn what is real and what is make-belive. Plus every time we walk into a store and someone stops to talk to her they always ask the question, "What is Santa bringing you this year???" grrrr.... Any suggestions on how to answer that one?

The good news is that we have also done quite a bit of talking about Jesus this year as well- and she gets just as excited when she sees a nativity scene as she does when she sees something with Santa on it. I guess the true test will be on Christmas morning- when she sees that her presents are just from us...none from Santa.

I also have to add just for fun that her new favorate song is "Your grace is enough". As we went through Walmart today- she sang it at the top of her lungs all the way through the store! It was just really neat to think that she may one day understand that God's grace truly is enough-

Yes, that is a difficult situation when someone asks "Are you ready for Santa to come?" or "What did Santa bring you?"

Obviously, the situation will determine how to handle these questions. I have one friend who has taught her daughter to say, "My mommy and daddy give me presents." This is a bold approach, but could be appropriate.

I think there is a more important parenting issue here. That is: how do we teach our kids that Christmas is not about presents at all? I have no desire to "take Santa's place" as the guy with the large red sack. I want my daughter to treasure Christ not the boxes wrapped under the tree.

Sufjan Stevens aptly named one of the songs on his Christmas album - "Get Behind Me, Santa!" Quite ironic.

Justin, great post! As to the anonymous comment, I wonder why one would think doing away with gift giving would be the way to teach children the true meaning of Christmas? Can this not be done in part through gift giving?

I agree that there is a balance in teaching your children the true meaning of Christmas and still making it special with gift giving. I do not agree that by taking presents away all together you are teaching them about Christ. I think that you can have both.

A good friend of mine (Justin, you remember Shala) gives her girls each three gifts on Christmas. They have a flannel graph and tell the story of Christmas. The three presents symbolize the three gifts given by the Wise men. (Yes, I know that they didnt give him them as an infant) but I thought that was really good way of making it about Christ. It also keeps you from going crazy.

Like I said, I think this year its so hard with people approaching her with the question of Santa because she is only three. She can't really even answer them when they ask what he is bringing her...she just says "yeah!" I think it will be easier to explain it to her next year. But it is still frustrating.

Here is another question. Apart from our children being justified by God, can they truly treasure Jesus on Christmas morning over the presents? We struggle even as adults to do this. We get caught up in the fun and business and family....how can we expect our children to be captivated by Christ that morning when we who are regenerate struggle? I think we do our best to teach them about Christ, but they will still be excited about gifts. Its okay to be excited about gifts that we give them. We get excited when our Heavenly Father gives us gifts as well- I say let them be joyful and excited about the gifts...and be faithful as much as you can to share the truth with them. Just don't use Christmas as an excuse to spoil them!

pastor justin
Belton, TX, United States
I am a GREAT Sinner. Christ is a GREAT Savior. 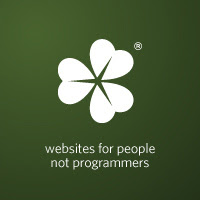